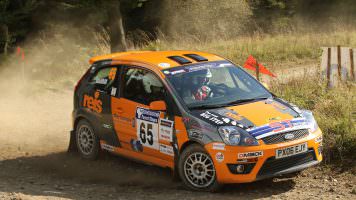 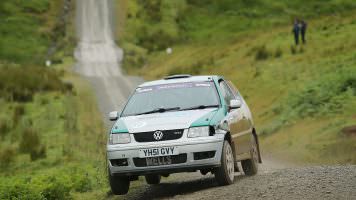 BACK TO WORK on the WOODPECKER!…

The MAXXIS MSA English Rally Championship reaches its penultimate round with a visit to the Trackrod Forest Stages in North Yorkshire on Saturday 1st October.
With five scores from the seven events to count, there are still any number of competitors who could yet add ‘2016 MAXXIS MSA English Rally Champion’ to their motorsport CVs, and there’s no saying from which of the classes they will come.

Cameron Davies continues to lead the drivers’ championship but fellow Fiesta ST Trophy contender George Lepley, who is currently in equal 9th place, is only 25 points behind – and there are 25 points on offer from each of the last two events. Hence, it’s not rocket science to see that there is plenty of scope for a huge turnaround in fortunes before the flag drops for the final time this season.  All of the leading championship crews are entered in the event including the current leaders Cameron Davies / Lee Taylor (Fiesta ST) who have a 4 point advantage over Kit and Tim Leigh (Fiesta R200).

The current class E1 leaders are Emily & Eliot Retallick (Peugeot 205) but their main rivals Dominic Hodge / Stephan Arndt (Micra) have the theoretical advantage of being able to score well on both the remaining rounds. In class E2 Jordan and Paul Hone (Satria) currently lead and benefit from two maximum scores which may tell at the end of the season, but they have no opportunity for any retirements. In classes E3 and E4 it is the aforementioned Kit Leigh and Cameron Davies who have the lead whilst in the up to 2000cc Class E5 it has become a straight fight between Gavin Edwards and Boyd Kershaw, both in Mk2 Ford Escorts.
A full list of all the points scores can be found in the Competitors Section.  Latest Championship Points

The Trackrod Forest Stages is based at Scampston Hall near Malton but all the action takes place in the North Yorkshire Forests with the Central Service Area at Adderstone Field located between Staindale and Dalby stages. The first car starts from Adderstone Field at 9.30am on Saturday and returns for Service twice during the day before the crews begin returning to Scampston Hall for the finish from 3.18pm.

Photo is Kit and Tim Leigh (Fiesta R200) on the recent Woodpecker Stages.   Courtesy of ralliphotoswales