It is with great regret that the BTRDA Rally Committee have taken the decision to cancel the Motorsport UK 2021 English Rally Championship following the unfortunate postponement of the Grizedale Stages at the beginning of December.  The 2021 English Rally Championship was intended to be a 6 round championship but the Kielder Forest Rally cancelled early on due to COVID and the Wyedean Stages Rally cancelled due to land access issues. Three rounds ran successfully; the Nicky Grist Stages, Woodpecker Stages and the Trackrod Forest Rally, leaving the Grizedale Stages as the final round. Having considered the Championship Regulations and the requirements of the Motorsport UK Yearbook we felt we had no option but to cancel the championship

We will still recognise the outstanding efforts of our competitors with a number of overall and class awards and will present awards to the leading Drivers and Co-drivers in the Motorsport UK 2021 English Rally Championship, in association with Seacon UK, at the point when the Championship was cancelled.
Leading Overall Driver: George Lepley
Leading Overall Co-driver: Tom Woodburn
Overall winners are not eligible for class awards 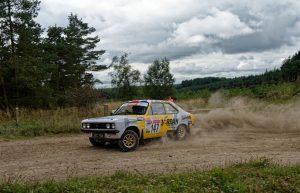 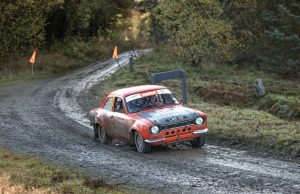 Further to this the MRF Tyres Mixed Surface Challenge will now conclude following the Rallynuts Stages and points will go final at 19:00 on Sunday 26 December 2021.

All of these awards will be presented at the 2021 BTRDA Rally Series Awards Presentation & Dinner on Saturday 12th February 2022 a the Casa Hotel, Lockoford Lane, Chesterfield. S41 7JB.

We are now able to confirm the calendar for the Motorsport UK 2022 English Rally Championship in association with Seacon UK.

More details of the classes etc will be confirmed in an announcement soon as possible.

May I take this opportunity to wish you and your families a Merry Christmas and a safe peaceful New Year and I look forward to seeing you at our Awards Evening, COVID permitting, or out on the stages in 2022 for more serious fun.

Chair of the BTRDA Rallies Committee.